Bill Pedersen is a candidate for Place 9 on the Fifth Court of Appeals, a court that serves Dallas, Collin, Grayson, Hunt, Kaufman, and Rockwall counties. Bill has represented clients in all six counties subject to the jurisdiction of the Fifth Court of Appeals and has practiced law in North Texas for 17 years. Bill has also tried approximately a hundred jury trials to verdict, and his extensive experience and knowledge of the legal issues that will be decided by the Court of Appeals make him the best candidate for this position. He has been endorsed by the Committee for a Qualified Judiciary, the Mexican American Democrats of Texas Causa Chapter, the Preston Hollow Democrats, and the local chapter of the AFL-CIO. He also won the 2018 Texas State Bar poll for Place 9 on the Fifth Court of Appeals. 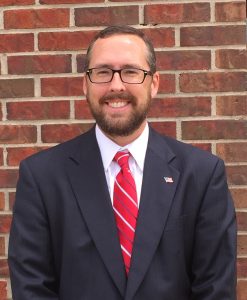 Justice Bill Pedersen, III
On May 1, 1958, President Eisenhower proclaims Law Day to honor the role of law in the creation of the United States of America. Three years later, Congress

Justice Bill Pedersen, III
We are facing an increase in families needing assistance, monetary and food donations are dwindling, and a reduction in volunteers. Learn how you can help.

Minnie's Food Pantry – Feed Just One
We are facing an increase in families needing assistance, monetary and food donations are dwindling, and a reduction in volunteers. Learn how you can help.
minniesfoodpantry.org
View on Facebook

Justice Bill Pedersen, III
Thank you, Bill Pedersen, Justice for the Fifth Court of Appeals, for your sponsorship of our Women of Courage Gala!
The Court of Appeals for the Fifth District of Texas at Dallas has jurisdiction over appeals from both district and county courts located in Dallas,Collin, Grayson, Hunt, Rockwall and Kaufman counties. The Court hears both civil and criminal appeals.